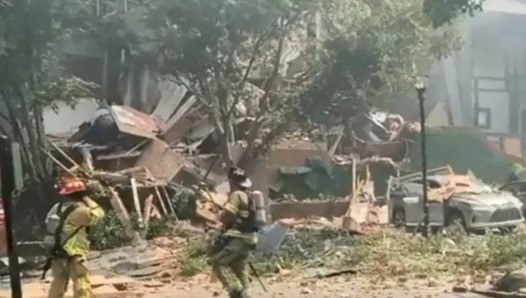 Fire officials say an explosion and collapse at a DeKalb County apartment building left at least four people hospitalized with their injuries. Police said they were called to the Arrive Perimeter apartments in DeKalb County around 1:24 pm on 9/13/2021, where they encountered heavy gas fumes. Police were able to start evacuating resident. There was an explosion, which initially trapped multiple people inside. DeKalb Fire Department said two people who were unaccounted for are now safe. Roads surrounding the building are closed. Dekalb Fire, Georgia Power and Atlanta Gas are still working to ensure that the location is safe for unaffected apartments. Of the people rescued, at least four had injuries severe enough to be taken to the hospital. There are reports that one person suffered a burn and another broke their leg. Fire and rescue teams had to shore up the building so they could get into areas that were still unstable. Multiple law enforcement and fire agencies assisted in the rescue effort. Officials said there were at least 75 firefighters at the location as well as technical rescue crews. Atlanta Gas Light said natural gas services was cut off to the affected buildings, but there are no additional outages. The American Red Cross is on the scene working with those who were displaced from their homes. They have set up a receiving area to provide snacks, water and emotional support to residents while the utilities to the building are cut off.

Bill and Melinda Gates, two of the richest people in the world, who reshaped philanthropy and public health with the fortune Mr. Gates made as ... Read More

Chauvin guilty of murder and manslaughter in Floyd’s death On May 25, 2020, Floyd was murdered by Derek  Chauvin, a white Minneapolis police officer, who ... Read More 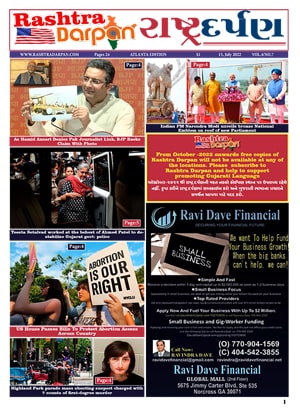