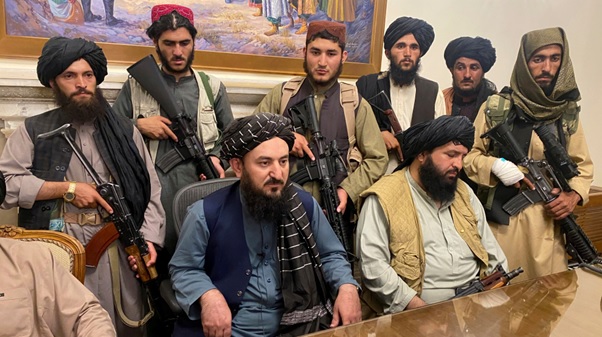 Everything we know about the Taliban and Afghanistan’s Taliban crisis

Formed in 1994, the Taliban were made up of former Afghan resistance fighters, known collectively as mujahedeen, who fought the invading Soviet forces in the 1980s. They aimed to impose their interpretation of Islamic law on the country — and remove any foreign influence. They emerged in northern Pakistan following the withdrawal of Soviet troops from Afghanistan. It is believed that the predominantly Pashtun movement first appeared in religious seminaries – mostly paid for by money from Saudi Arabia – which preached a hard-line form of Sunni Islam. The promise made by the Taliban – in Pashtun areas straddling Pakistan and Afghanistan – was to restore peace and security and enforce their own austere version of Sharia, or Islamic law, once in power.

From south-western Afghanistan, the Taliban quickly extended their influence. In September 1995 they captured the province of Herat, bordering Iran, and exactly one year later they captured the Afghan capital, Kabul, overthrowing the regime of President Burhanuddin Rabbani – one of the founding fathers of the Afghan mujahideen that resisted the Soviet occupation. By 1998, the Taliban were in control of almost 90% of Afghanistan. The Taliban also banned television, music and cinema, and disapproved of girls aged 10 and over going to school. They were accused of various human rights and cultural abuses. At least three key figures of the Pakistani Taliban had been killed in US drone strikes in 2013, including the group’s leader, Hakimullah Mehsud.

The attention of the world was drawn to the Taliban in Afghanistan in the wake of the 11 September 2001 World Trade Centre attacks in New York. The Taliban were accused of providing a sanctuary for the prime suspects – Osama Bin Laden and his al-Qaeda movement. On October 7, 2001, a US-led military coalition launched attacks in Afghanistan, and by the first week of December, the Taliban regime had collapsed. The group’s then-leader, Mullah Mohammad Omar, and other senior figures, including Bin Laden, evaded capture despite one of the largest manhunts in the world.

The Taliban barred women and girls from taking most jobs or even going to school. And women caught outside the home with their faces uncovered risked severe punishment. Unmarried women and men seen together also faced punishment. After the Taliban government was toppled by an American-led coalition, women made many gains in Afghanistan. But two decades later, as the U.S. negotiated a troop withdrawal agreement with the Taliban, many Afghan women feared that all of that ground would be lost. After America invaded Afghanistan and unleashed a heavy airstrike which toppled the Taliban government. Most of them who had survived fled to Pakistan. Twenty years later, the same Taliban grew more in power and finally struck a deal for the United States to leave Afghanistan and thus Taliban became the country’s new rulers. In the countryside, the Taliban began gaining ground, and support, particularly in rural areas. Their numbers grew, some fighters were intimidated into joining, others happy to volunteer, almost all of them better paid than local policemen. And the group found a rich recruiting vein among the Afghan diaspora in Pakistan, from families who had fled previous violence as refugees and were brought up in religious schools.

The Taliban weathered the storm when President Barack Obama vastly expanded the U.S. military presence in Afghanistan, up to around 100,000 troops in 2010. And when the Americans began drawing down a few years later, the insurgents began gaining ground again. It was a campaign of persistence, with the Taliban betting that the United States would lose patience and leave. They were right. More than 2,400 American lives later, $2 trillion later, tens of thousands of Afghan civilians and security forces deaths later, President Donald J. Trump made a deal with the Taliban and declared that American forces would leave Afghanistan by mid-2021. President Biden endorsed the approach and presided over an uncompromising troop withdrawal even as the Taliban began gobbling up whole districts, and then cities.

Just nine days after the Taliban seized its first provincial capital, the insurgents walked into the capital, Kabul. Taliban rule of Afghanistan has resumed. When the Taliban blitzed across the country, the Western-backed government that has run the country for 20 years collapsed. Afghans, fearing for the future, raced to the airport, one of the last routes out of the country. The Afghans are trying to flee the country as soon as possible as they are terrorised by the fact that the country could descend into chaos or the Taliban could carry out revenge attacks against those who worked with the Americans or the government. Many also fear the Taliban will reimpose the harsh interpretation of Islamic law that they relied on when they ran Afghanistan from 1996 to 2001. The Taliban have sought to present themselves as a more moderate force in recent years. Since taking over, they have promised to respect women’s rights, forgive those who fought against them and prevent Afghanistan from being used as a base for terror attacks. But many Afghans are sceptical of those promises. Thousands of Afghans rushed to the Kabul airport hoping to escape the country because they fear what the Taliban’s rule will bring upon them. Some were desperate enough to cling to the side of a military jet as it took off and plunged to their deaths. American troops fired warning shots in the air to try to disperse the crowd. At least seven people have died in the ongoing chaos.

What will happen next in Afghanistan is absolutely uncertain and unclear. The Taliban say they want to form an “inclusive, Islamic government” with other factions. They are holding negotiations with senior politicians, including leaders in the former government. They have pledged to enforce Islamic law but encouraged women to join their government and say they will provide a secure environment for the return of normal life after decades of war. But many Afghans distrust the Taliban and fear that their rule will be violent and oppressive. Afghans are also concerned about the breakdown of security after thousands of prisoners were freed and security forces melted away in the face of the Taliban advance.

Afghan women around the world are protesting the Taliban's new hijab requirement in schools by posting photos of themselves wearing colorful traditional dresses on social media. ... Read More